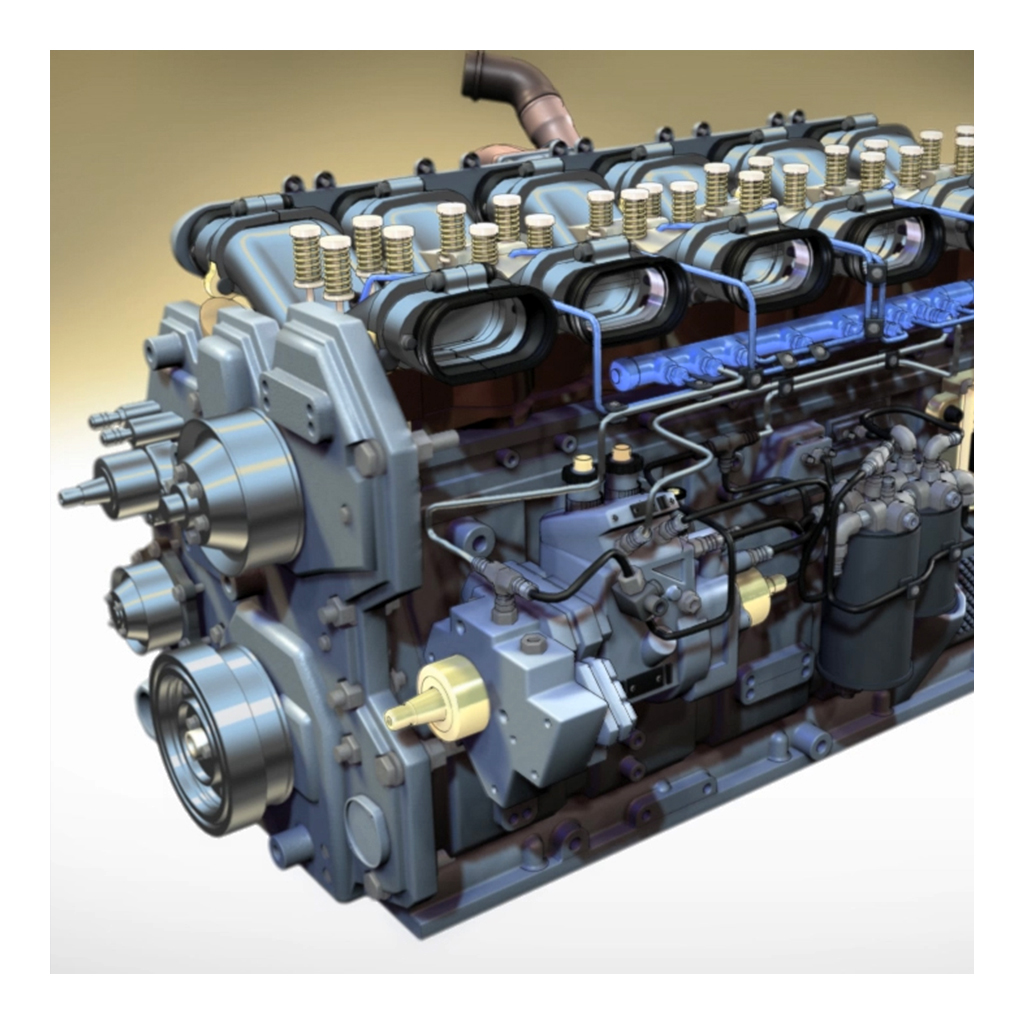 For this series of projects, I constructed two complete engine models – one gasoline and one diesel – from photo reference, then shaded, rigged, and animated them for use in multiple videos about fuel additives.

This model of a six-cylinder diesel engine is designed to be partially representative and partially diagrammatic. Certain elements, like electrical and oil pathways, are highly simplified, while at the same time representational elements (bolt holes, for example) have been retained to provide a satisfyingly complex, but not visually overwhelming, appearance. The model is shaded with stylized chrome and metal shaders, and has a fine cel shading outline, hearkening to airbrushed automotive illustration.

This model features a mixture of representational forms – the “cutaway” 4-cylinder gasoline engine – with a diagrammatic representation of electrical pathways running from the ECU to each fuel injector. The electrical current is represented with a stream of particles that have a glowing shader effect.

The resulting animation runs very quickly, but watch it in slow motion and you’ll see the timing is accurate for the entire process.

This clip demonstrates the buildup of solidified wax platelets in diesel fuel as a result of low temperatures. The wax paraffin clogs a fuel filter, which is shown occurring in simulated “time-lapse.” The wax paraffin elements are a single object placed within the folds of the fuel filter, then scaled so they appear to form and grow. The texture of the wax paraffin includes a procedural bump map that becomes more strongly defined and cracked as the wax builds up.