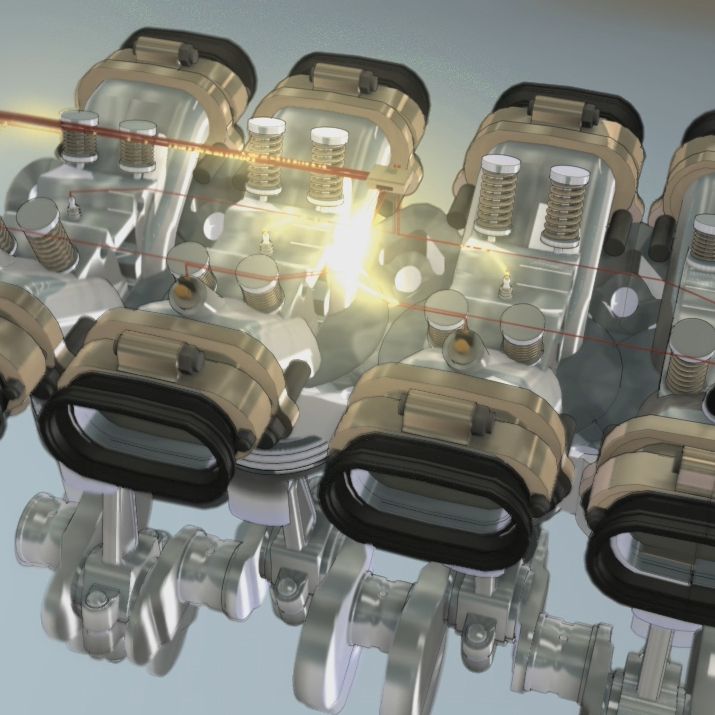 This model features a mixture of representational forms – the “cutaway” 4-cylinder gasoline engine – with a diagrammatic representation of electrical pathways running from the ECU to each fuel injector. The electrical current is represented with a stream of particles that have a glowing shader effect.

The resulting animation runs very quickly, but watch it in slow motion and you’ll see the timing is accurate for the entire process.